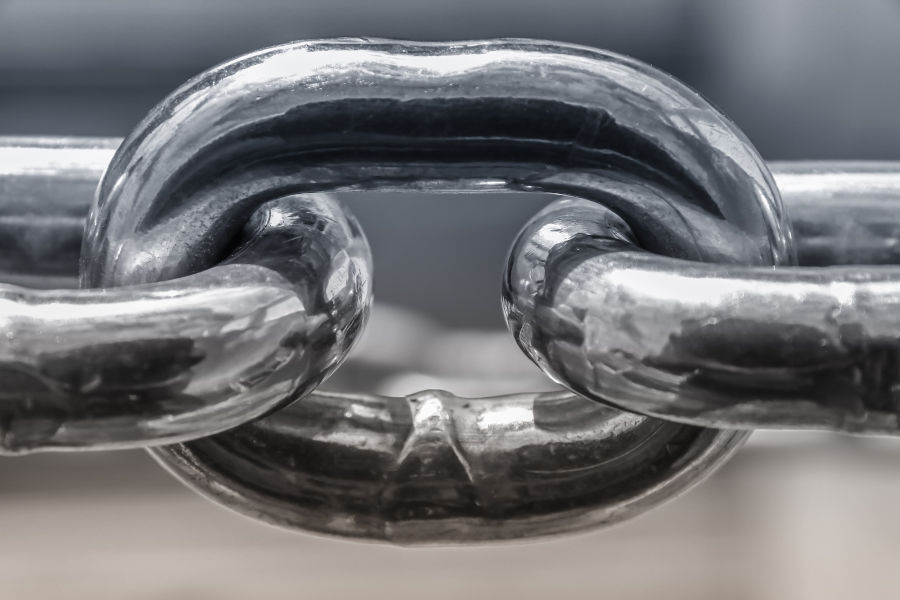 The last thing many people want on their metal surfaces is a stubborn build-up of rust. Rust can form on metal if it contains certain elements, like iron, that allow it to corrode and rust quickly. Thankfully, there are metals out there that don’t rust, so which metals can’t rust?

Metals like aluminum, brass, copper, and bronze (just to name a few we will be discussing) do not rust. However, even though these metals can’t rust, that doesn’t mean they are susceptible to corrosion.

In this article, we will be discussing in-depth which metals are not capable of rusting, how they can still be capable of corrosion, and how you can treat it. If you’re interested in learning more about these topics, keep on reading.

One of the most commonly used metals on the planet, aluminum is not capable of rusting because it doesn’t contain iron. Metals can only rust when they contain iron and then come into contact with factors such as oxygen and water.

While aluminum may not be able to rust, it is still capable of corrosion. Before we discuss how you can keep your aluminum from corroding, let’s quickly discuss the difference between rust and corrosion.

Corrosion is the gradual breakdown of metals through a chemical reaction that is caused due to the environment the material is subjected to. Rust is actually a form of corrosion, but iron oxidation is occurring when rusting occurs, also rusting cannot occur if there is no iron found within these materials.

So, while aluminum is a metal that you can trust not to rust, be mindful of this material corroding when it meets the right conditions.

While brass can’t rust, it is susceptible to corrosion in the correct conditions. Brass is used in the production of many things such as marine hardware, electrical appliances, as well as outdoor tubes and tanks.

It’s easy to see how brass materials would be more likely to experience corrosion, as many brass materials are used in and around water. While materials like brass aren’t completely immune to a build-up of corrosion, if you’re looking for a metal that won’t cause rust, brass is a great choice.

Being the third most consumed metal in the world, copper is unable to rust, but it can oxidize. Similar to corrosion, oxidation occurs when metals like copper come into contact with the air.

Oxidation can affect copper by turning a red-pink color or even build up a green patina over its surface. A built-up patina is also capable of forming on other metal surfaces like bronze.

But due to the lack of iron, copper will not rust, though it’s important to be mindful of copper materials and how often they might come into contact with factors like air and water.

Iron oxide or rust can form on bronze as there is no iron in bronze. Similar to all the previous metals we have listed above, bronze is not completely corrosion-resistant.

As we stated above, bronze can react the same way as copper by creating a green patina on its surface due to coming into contact with water and air. While bronze does and can corrode, it’s much more resistant compared to other forms of metal.

Another difference between bronze and other metals is that bronze will only corrode on the surface, given its strength. Some metals may become permanently damaged internally as well externally if corrosion is not taken care of early.

Platinum is unique because it’s a pure metal; therefore, it won’t corrode or rust. It’s also a very strong metal that’s dense and malleable, making it unique for multiple reasons.

Besides platinum being a noble metal, as well as extremely strong, it doesn’t contain any iron, which is the reason it will not rust. Platinum is also resistant to oxidation, as no matter what temperature it’s subjected to, it will not change or become discolored in any way.

Platinum is definitely one of the strongest metals that we’ll be discussing on this list, as it doesn’t rust, corrode, or oxidize in any way.

Similar to platinum, gold is another pure metal that doesn’t contain iron. Experts say gold is one of the most non-reactive metals, as it never reacts with oxygen.

Gold will not tarnish, and therefore no discoloration should occur on gold that is real. Just like platinum, no matter what environment or conditions gold is subjected to, it will not react in the ways other metal will.

Since gold is a pure metal, as well as the fact that gold will not react to oxygen and doesn’t contain iron, gold is definitely one of the strongest and most non-reactive metals you’ll find on this list.

Silver is another pure metal that also doesn’t contain iron.

Elements such as silver, gold, and platinum are referred to as precious metals, due to their strength and durability.

Silver is definitely one of the strongest metals on this list, as not is it incapable of forming rust, but it’s much harder to corrode and oxidize compared to some of the other metals.

There are many different kinds of steel, with some containing much more iron than others. Below, we’ll explore the few kinds of steel that don’t rust but may corrode.

Stainless steel is a form of steel that usually doesn’t rust, but given the right conditions, it may corrode or oxidize. Stainless steel contains 11% chromium, which gives it a protective layer that acts as a shield against rust.

This same barrier also protects stainless steel surfaces from coming into contact with too much oxygen. This stops oxidation in its tracks, allowing stainless steel to remain stainless and free from damage.

Galvanized steel is created when steel is coated in a molten lava bath of zinc at a temperature of about 860°F (454°C). This allows the surface to become rust resistance, as well as less likely to corrode and oxidize.

Galvanized steel takes a lot longer to corrode than other forms of steel. It’s easy to see why metals like these are commonly used on things like automobiles, roofs, and appliances. While not all forms of steel are rust-resistant, strong forms like galvanized steel will definitely get the job done and keep your metal surfaces safe and damage-free.

How to Keep Your Metal Damage-Free

Hopefully, you have a better understanding of what metals don’t rust, and why they aren’t capable of rusting. Though metals without iron can’t rust, that doesn’t mean they are completely safe when it comes to oxidation and corrosion.

It’s important to care for your metals and know how to rid metal surfaces of any type of build-up as soon as it happens. Below, we’ll explore some of the ways you can successfully rid yourself of any damage on your metal surfaces.

If you’re looking for a way to clean your corroded metals with household materials, this is a great option for you. Just wipe away the build-up with a cotton ball that’s been soaked with vinegar, and you’ll be able to see a bigger difference even after one application.

This is a great option for a lot of reasons, seeing how you don’t have to go out and search for the correct cleaner that won’t damage your materials, and also for the fact that vinegar is an environmentally healthy option. Read more on how to use vinegar, here.

Another option that uses a household item, lemons contain citric acid that will easily destroy any residue that has begun to build on the surface.

There are two ways you can use this method. First, you can simply rub a cut lemon onto your metal surface, or you can put salt and lemon juice in a bowl and allow the metal to sit and soak for a few hours.

Both methods are effective. It really depends on the amount of corrosion you’re trying to tackle. You may want to give your metal surface a decent wipe down or allow it to soak for a while, either way, this is a safe and affordable option in terms of ridding your metal of any built-up corrosion or oxidation.

Baking soda is actually a very popular tool in terms of removing corrosion that has built up on car batteries.

Instead of spending lots of time and money at the auto shop, baking soda and hot water is an easy and safe solution to eliminating corrosion build up.

Six heaping tablespoons of baking soda and four cups of very hot water will do the trick, as you want to make your solution into a paste-like consistency. While you don’t have to use this solution only on car batteries, other metal surfaces will also react well to this option if you choose to use baking soda on other surfaces.

If you’d like to learn more about using baking soda safely on car batteries, this video will give you a play by play on how to do this successfully and see results.

The phosphoric acid found in coca-cola will dissolve any kind of build-up on any metal surface. Below you’ll find a step by step into how you can successfully use cola to get rid of unwanted corrosion.

Step One: Soak for 24 Hours

Find a container large enough to fit your entire metal material so it can be completely submerged in the cola. Allow it to soak for 24 hours.

After 24 hours, remove the metal and use a non-metal scrubbing pad to remove any remaining particles or residue.

If there is still stubborn residue on your materials, you can repeat this process and allow your object to soak again for another 24 hours. Depending on the severity of the corroded metal, this may take a few days.

When you are happy with your results, rinse the object with water, and allow it to dry. Once dry, you can oil the metal surface with some WD-40 in order to prevent future rusting.

Using Coca Cola is another great and affordable option that keeps you and your materials away from harmful and potent chemicals.

Sandpaper will easily remove any unwanted residue from your metal materials. The roughness of the sandpaper you want depends on the type of materials you have.

The coarser the grit you use, the easier residue is removed, but the easier it is to leave scratches on your metal. Eighty-to-100 grit is appropriate for objects like pipes and large machinery, while anything coarser than that should not be used on things like furniture and decor that you plan on repainting.

It’s important to use the correct type of grit on your metal surfaces, but sandpaper is a great tool for quickly removing the effects of corroded metal.

Hopefully, now you have a better understanding of what metals don’t rust. We discussed nine different metals that are not capable of rusting. While these metals won’t show signs of rust due to the lack of iron found within them, some of them can corrode.

We went over each individual metal and why exactly they can’t rust, as well as how they can still react to their environment. For instance, some metals like gold are a lot stronger than brass, seeing how gold doesn’t respond to water and oxygen the way that brass does.

We discussed the difference between corrosion and rusting, as well as how you can treat your corroded metal with household products. So next time you’re looking to begin some type of at-home project, and you’re wondering what kind of metal to purchase, there are plenty of options if you’re looking for something that won’t rust.