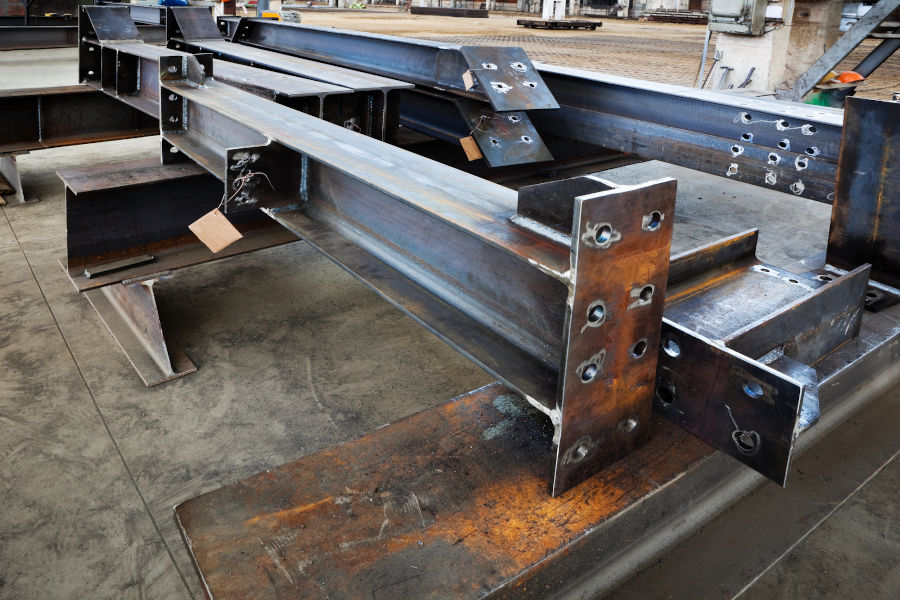 Every day we’re surrounded by objects that are made up of steel. From medical equipment to household appliances, a lot of the items we see and use on a daily basis wouldn’t be possible without steel. But depending on the environment the steel is exposed to, as well as the elements that make up certain kinds of steel, these factors play into whether that kind of steel is capable of rusting.

Steel does rust, with some forms of steel more susceptible than others. Not only do the elements found within individual types of steel play a factor, but also the environment it is subjected to.

In this article, we’ll be going in-depth into the different kinds of steel and how susceptible they are to rust, as well as how to avoid and treat rust on steel. If you’d like to learn more, keep on reading.

Below, we’ll explore each kind of steel, as well as the elements that are contained in certain types of steel, what types of environment you’ll usually find them in, and how all these factors can cause them to rust or not.

Carbon steel accounts for 80% of steel production worldwide and is most commonly used in the production of things such as buildings, bridges, cars, and rails.

With carbon steel being a common element found in the manufacturing of outdoor functions, carbon is more likely to be exposed to elements such as oxygen and water. Along with being exposed to outdoor elements, the amount of iron found within carbon steel helps create rust faster.

While carbon steel contains a large amount of trace elements such as iron and carbon, which in fact, make it harder and stronger, it is much more likely to rust when it comes into contact with things such as water vapor.

Thankfully, there are tools you can use to limit and stop rust from forming on materials that are made up of carbon steel. Below you’ll find tools that are helpful in removing rust from carbon steel materials.

Using sandpaper is definitely an effective way to remove stubborn rust. While sandpaper with a harder grit will remove rust faster, it’s more likely to leave scratches on some objects.

You should be mindful of the kind of grit you’re using when cleaning your steel objects, as grits that are too abrasive can leave scratches. Scrubbing off the rust with 80 to 100 grit sandpaper on items like furniture for example is a good choice as it won’t damage the surface.

Anything with a stronger grit can be used on things like automobiles and larger machinery like pipes. As long as you do your research beforehand, sandpaper is a great way to get rid of residue on steel.

Soaking carbon steel materials with WD-40 will also loosen up rust if you allow the material to soak for a few hours. You can also coat paper towels with WD-40 and then apply it to the rust infected area.

Protective enamel sprays designed exclusively for removing rust will definitely do the job. Products like Rust-Oleum work for interior and exterior surfaces and will stop rusts in its tracks.

Stainless steel is much less likely to form rust compared to other forms of steel. This is partly due to the fact that stainless steel contains a minimum of 10.5% chromium.

Chromium assists in adding a protective and thin oxide layer that clings to the steel, guarding off the formation of rust. While chromium does aid stainless steel from rust, it doesn’t make it completely impossible for rust to form.

While stainless steel remains a popular choice for the manufacturing of things like household appliances, due to the fact that it’s less likely to rust, it’s still important to be precocious and stay ahead of rust that can still form.

Below you’ll find some pointers on how to successfully clean your stainless steel materials.

Soft cloths and plastic scouring pads will successfully clean your stainless steel materials without damaging it, while also stopping the formation of rust.

These Scotch-Brite Stainless Steel Scrubbing Pads will definitely get the job done and remove any unwanted grime while keeping your stainless steel damage free.

Clean With the Grain

Wash your stainless steel in a motion that is parallel to the lines when the lines are visible.

If the grain is not visible, as long as you use soft materials while cleaning, you’ll be able to successfully remove or stop rust before it has a chance to form.

The third steel group we’ll be discussing is alloy steel. Popular in the building and construction industry, alloy steel contains a large amount of iron compared to other forms of steel.

As we have discussed previously, depending on the materials found within certain kinds of steel, they are either more or less likely to be capable of forming rust. With the large amount of iron found within alloy steel, rust is a lot more likely to form.

Experts recommend not using harsh chemicals and bleaches when it comes to cleaning alloy steel products, as well as stiff and hard bristle brushes. There are plenty of safe and easily accessible cleaning tools you can find in your home that will successfully clean any alloy steel surface.

The last group of steel we’ll be discussing is tool steel, which is commonly used in injection molding due to its toughness and its non-deforming properties.

Not do these elements aid in keeping tool steel strong and rust-resistant, but also capable of being subjected to very high temperatures without deforming.

As tool steel is not as likely to rust compared to other forms of steel, they don’t need too much maintenance in terms of cleansing. Experts insist users at least rinse their tool steel with hot water, as harsh cleaning supplies will most likely damage the material, potentially aiding in rust formation.

Compared to some of the other steel groups we have discussed, tool steel, along with stainless, seem to be some of the strongest and least likely to see any type of rust build-up.

Hopefully, now you have a better understanding of whether rust can form or not, as well as how the different kinds of steel and the environment they are subjected to can make a large impact.

Yes, steel is capable of rusting because there is iron in steel. While some forms of steel contain more or less iron, this factor does affect how quickly and how intense rust build can be.

We’ve learned, despite how likely or unlikely certain forms of steel to rust, it’s important to take precautions and do your research in terms of how you can approach cleaning each individual surface and item.

Whether the kind of steel you’re using calls for a particular cleaner, or a soft cleansing pad, taking proper care of your steel appliances and tools will keep your steel in the best condition possible, and free of any kind of rust.