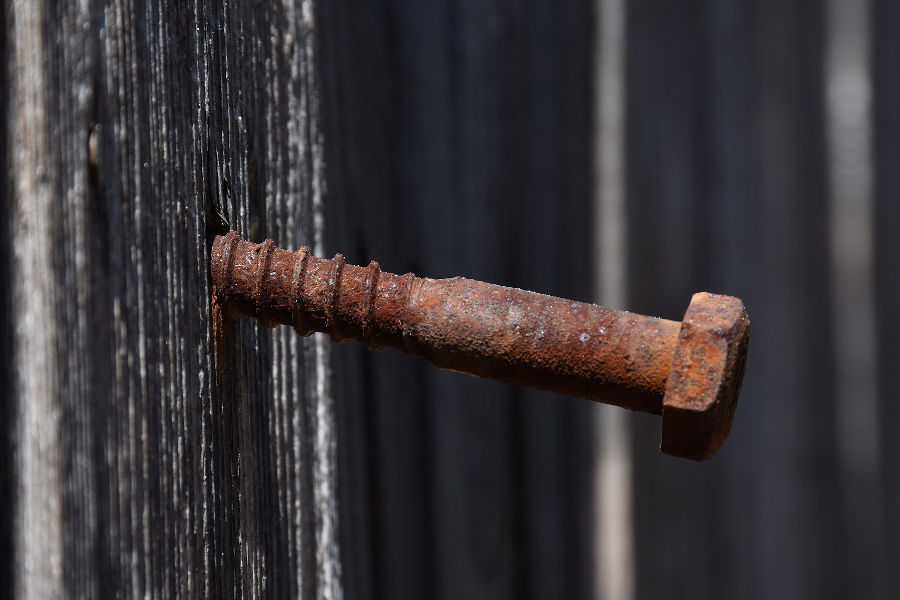 The rate of how fast rust can form on objects depends on a lot of factors. But a lot of people may be wondering how long it takes for rust to form on certain objects. So how long does it take for rust to form?

The formation of rust can be either slow and gradual or occur within minutes, depending on factors like the condition of the environment and the elements found with the objects that are capable of rusting. Factors like heat, water, and oxygen play a large role in how fast rust can form.

In this article, we’ll be discussing how fast it takes rust to form on certain objects, as well as how they might rust faster or slower. If you’re interested in learning more about these topics, keep on reading.

The Rate of Rust Formation

As is stated above, factors like the environment, as well as the elements found within materials that are capable of rusting, play a factor. First, we’ll discuss certain surfaces and how they react, as well as how long it’ll likely take for you to see rust build up on these surfaces.

The only metals that are capable of rusting are those that contain iron and iron oxide. Metals that contain more iron than others will rust faster and at a more extensive rate.

Not only does the amount of iron contained within each metal object have a role, but the conditions it’s subjected to play a big part as well. If your metal surface already contains a large amount of iron, and that surface spends most of its day in or near water, it will rust much faster.

Steel is a metal that holds a lot of iron, and let’s say, for instance, that steel is constantly surrounded by environmental factors like water and oxygen, the steel may start to see signs of rust in as little as 4-5 days.

At the same time, there are different types of steel that can rust slower or faster than others. For example, rust is more likely to form on carbon steel than stainless steel.

Also, if you were to put carbon steel in the kind of environmental conditions that would exhilarate the build-up of rust, the chances of rusting building up faster would be much higher.

It’s not always possible to put an exact time frame on how long it takes things to rust, but given the conditions, it’s easy to say whether it would take a longer or smaller amount of time.

Another factor that contributes to how fast rust can form is the thinness of the material, as thinner surfaces are usually weaker and are faster for rust to infiltrate. This is also the same for materials that have holes in it.

Hopefully, now you have a better understanding of how certain metals and the iron found within them play a role. For rust to form, you need iron, and materials without iron can’t rust. Materials with either more or less iron can affect how quickly rust is likely to form.

Below, we’ll explore some of the ways that the environment can play a role, and if certain conditions will either speed up or slow down the rusting process.

How the Environment Plays a Role

The conditions that certain iron filled surfaces are surrounded by also play a large role in the amount of rust that builds up, as well as how quickly it forms.

Below, we’ll explore multiple conditions surfaces may be subjected to and how they can quicken the formation of rust.

Temperature plays a large part in the formation of rust, and iron that sits under the hot sun all day is more likely to rust faster than iron that’s surrounded by colder climates for long periods of time.

Water is one of the main components in allowing rust to form on metal.

For rust to form on metal, all you need is iron and water. If your surface comes into contact with large amounts of water, this will definitely cause rust to form quicker.

The type of water also plays another role and can hasten the process of rusting. Saltwater actually rusts objects faster than surfaces subjected to pure water.

A lack of rain can also slow down the build-up of rust, compared to environments where there is an abundant amount of rain. Acid rain is known to make surfaces rust faster than normal rainwater.

Another main ingredient for forming rust on metals is oxygen. If materials are exposed to outdoor conditions and come into contact with a lot of air, it’s more likely to rust faster than materials found indoors.

It’s also been found that low humidity slows the formation of rust, while higher humidity will actually speed it up.

Once again, it’s difficult to put an exact time frame on how long it takes rust to form on certain materials, but based on certain factors, it’s easy to say if it’ll take shorter or longer for rust to form.

If a certain material contains two or multiple metals and they come into contact with saltwater, a battery has essentially been created.

As was stated above, saltwater will allow rust to form faster than surfaces that are subjected to pure water. Conditions like these will have rust form faster than objects that aren’t surrounded by these kinds of factors.

It’s easy to see how certain kinds of environments can help rust form quicker on certain surfaces. When metal heats up, molecules are working faster and therefore quickening the rusting process.

Different forms of water like saltwater and acid rain will definitely help rust form faster compared to pure and distilled water coming into contact with these surfaces and objects. Humidity works in the same way as heat, as higher humidity speeds up the process of rusting.

Lastly, electrical conditions can potentially create a battery between two metals and saltwater and can aid metals in rusting faster than metals in other environmental conditions. Being mindful of all these conditions can help you understand how long it may take rust to form.

While you might not be able to put an exact time frame on how long it takes rust to form, understanding how certain elements and conditions play a role is the first step.

Materials like iron and steel will definitely rust faster than metals that are much more if not completely rust-resistant. Other factors, like the thickness and strength of the metal, will also play a role.

We discussed how not just the consistency of the materials plays a role, but the environmental conditions do as well. Factors like heat, water, oxygen, and electrical conditions can allow rust to appear and spread faster. So while you might not be able to put an exact time frame on rust, hopefully, you have a better understanding of how all these factors can trigger rust and allow it to work fast.